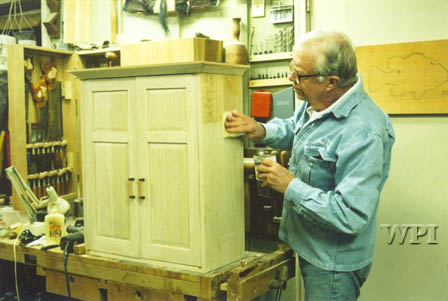 “Rosalynn and I are pleased that so many supporters of The Carter Center showed their support for our efforts”, President Carter said. “The auction helps us continue The Carter Center’s work around the world to preserve peace, resolve conflict and fight disease. We couldn’t do it without these and other partners.”

President Carter’s hand-crafted items, made in his workshop in Plains, GA., collectively brought in $301,000. His wall-mounted Paulownia cabinet sold for $200,000, a mallard duck decoy for $85,000, and three walnut candlesticks for $16,000. He also donated two bottles of homemade wine that raised $16,500, and a quail-hunting trip in Southern Georgia with him raised $85,000. The Paulownia lumber was donated to President Carter by Scot Corbett of World Paulownia Institute, Lenox GA  31637.

Learn more about the Carter Center